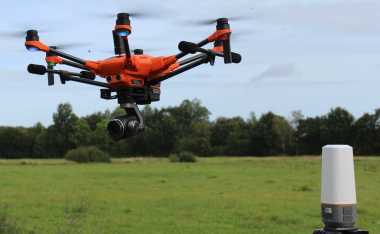 ANOTHER PROFESSIONAL PRODUCT IN YUNEEC PORTFOLIO

Yuneec has existed on the global and Polish drone market for many years. During this time the company has come a long way through various sectors of this dynamic industry, offering a wide range of solutions from amateur and consumer to high-end professional equipment. Currently we can observe a gradual focus of the manufacturer on the latter, which can be seen in the latest products, services and accessories that are introduced to the offer. One of them, perhaps the most anticipated, is the new edition of the flagship H520 six-rotor, the H520E RTK. This drone enters the market to the delight of everyone who uses drones for wide-ranging technical applications that require high precision - from precision mapping to various types of observation and inspection. 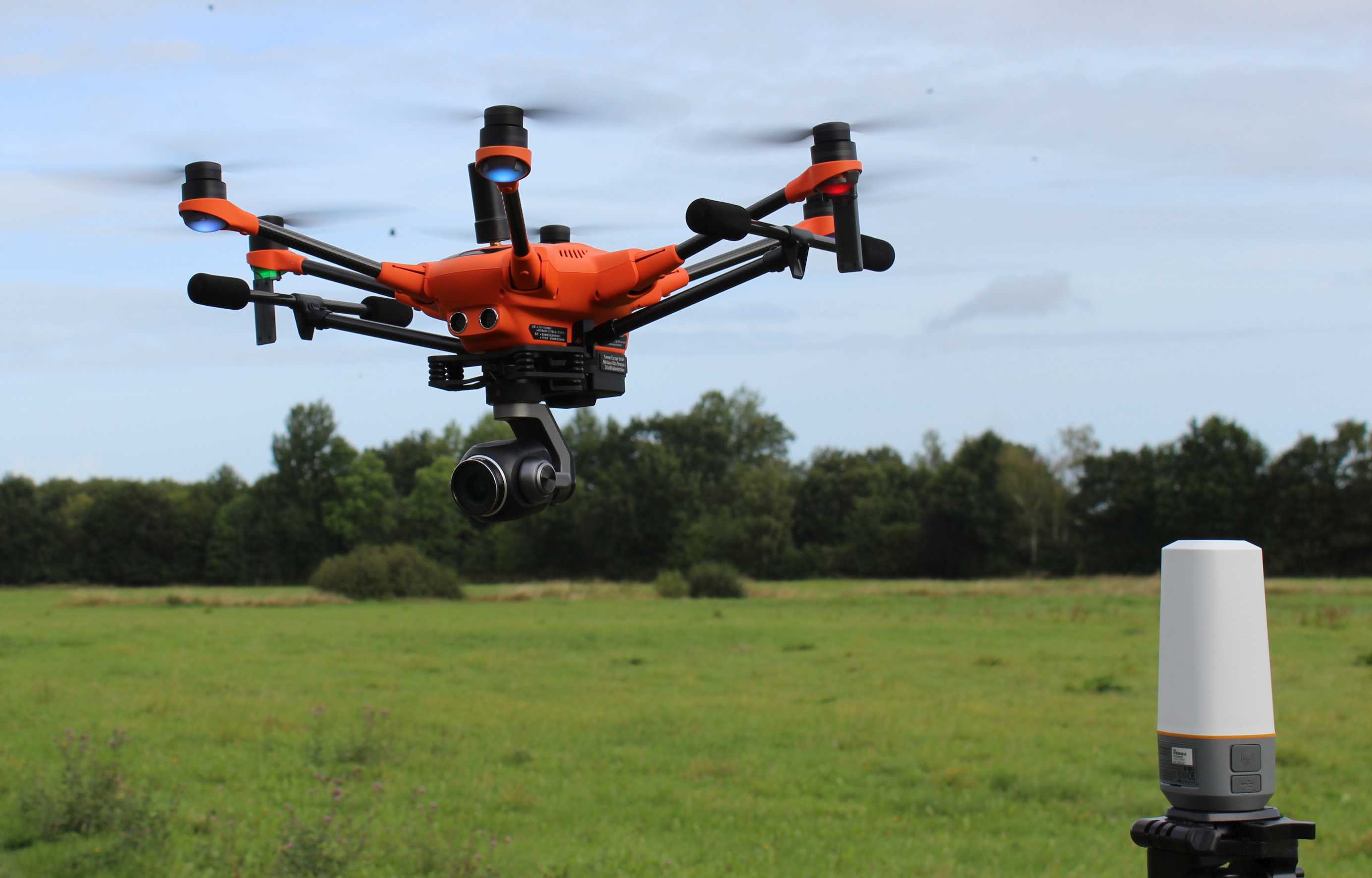 WHY IS RTK SO IMPORTANT AND HOW DOES IT ACTUALLY WORK?

Nowadays, it is common knowledge that the widely available civil satellite navigation (GNSS - Global Navigation Satellite System, which includes constellations such as the American GPS, Russian GLONASS or European GALILLEO) is sufficient to efficiently determine a car route from A to B, but it becomes useless if we want to determine the location of a point with an accuracy greater than a few meters. Why? Well, the measurement of the position is done by a very precise measurement of the time that passes from the emission of the signal from the satellite to its reception in the receiver (e.g. in your drone). The receiver compares signals from multiple (minimum 4) satellites to calculate its position on this basis. The beam of radio waves from the satellite travels more than 20,000 kilometers, breaking through the Earth's troposphere and ionosphere along the way. It is mainly there that the route and signal quality may undergo unforeseen changes, which disturbs the final calculation of the receiver's position.

In an average situation, our receiver receives signals from a dozen (or even several dozen) satellites at the same time, each of them containing distortions and errors. Moreover, these errors do not have a constant value - they change with time, and with the position of the receiver. This is where RTK (Real Time Kinematic) technology comes in. The principle is (in theory) quite simple - the idea is to use two good receivers (capable of receiving signals from as many GNSS constellations as possible), one of which can be mobile and the other must be stationary, and both receive signals from the same satellites at the same time. These receivers communicate with each other, and a built-in computer analyzes the differences in the signal that reaches one and the other. This automatically provides position corrections that allow for centimeter-accuracy geolocation in real time. This means that by using RTK, the drone knows its position on Earth at all times with a very high degree of accuracy, so it sticks to the mapped route with extreme precision and geotags every photo taken just as accurately. 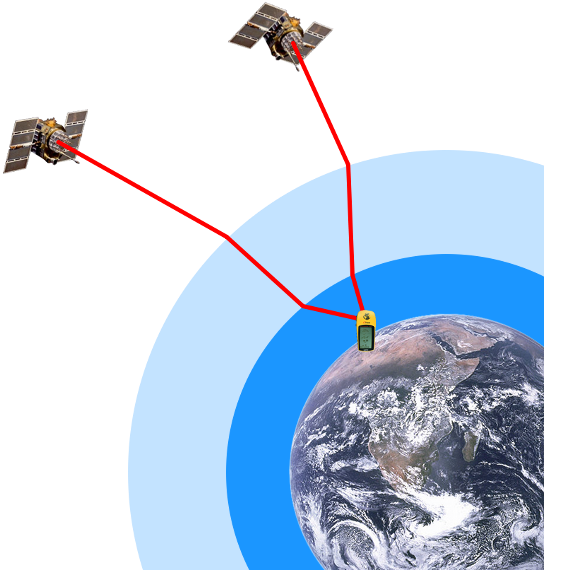 RTK vs PPK - WHAT'S THE DIFFERENCE?

What is the difference between RTK and PPK? Basically, the idea is that we can get centimeter accuracy post-factum, without having to connect to a base station during flight. Having the raw data from the drone (which the H520E RTK records), and having access to the raw GNSS data from the day and area of flight recorded by the stationary reference receiver (base station), we can apply corrections at any time after the flight. So the drone flies, positions itself, and tags the images with "normal" GNSS accuracy, and we apply the geolocation corrections later, in post-processing, using special software that recalculates the data from the drone, the data from the base station, and automatically edits the coordinates of the image capture in the EXIF metadata of the image file.

The level of accuracy in the end result is essentially the same, and PPK has several advantages over RTK. First, it does not require constant communication with the base station. Second, it allows you to decide on a high accuracy design even after the raid has been performed. The disadvantage, albeit slight, is that the position of the drone itself is not corrected in real time, which can be important, for example, when you want to take several inspection shots at some time interval from exactly the same location. 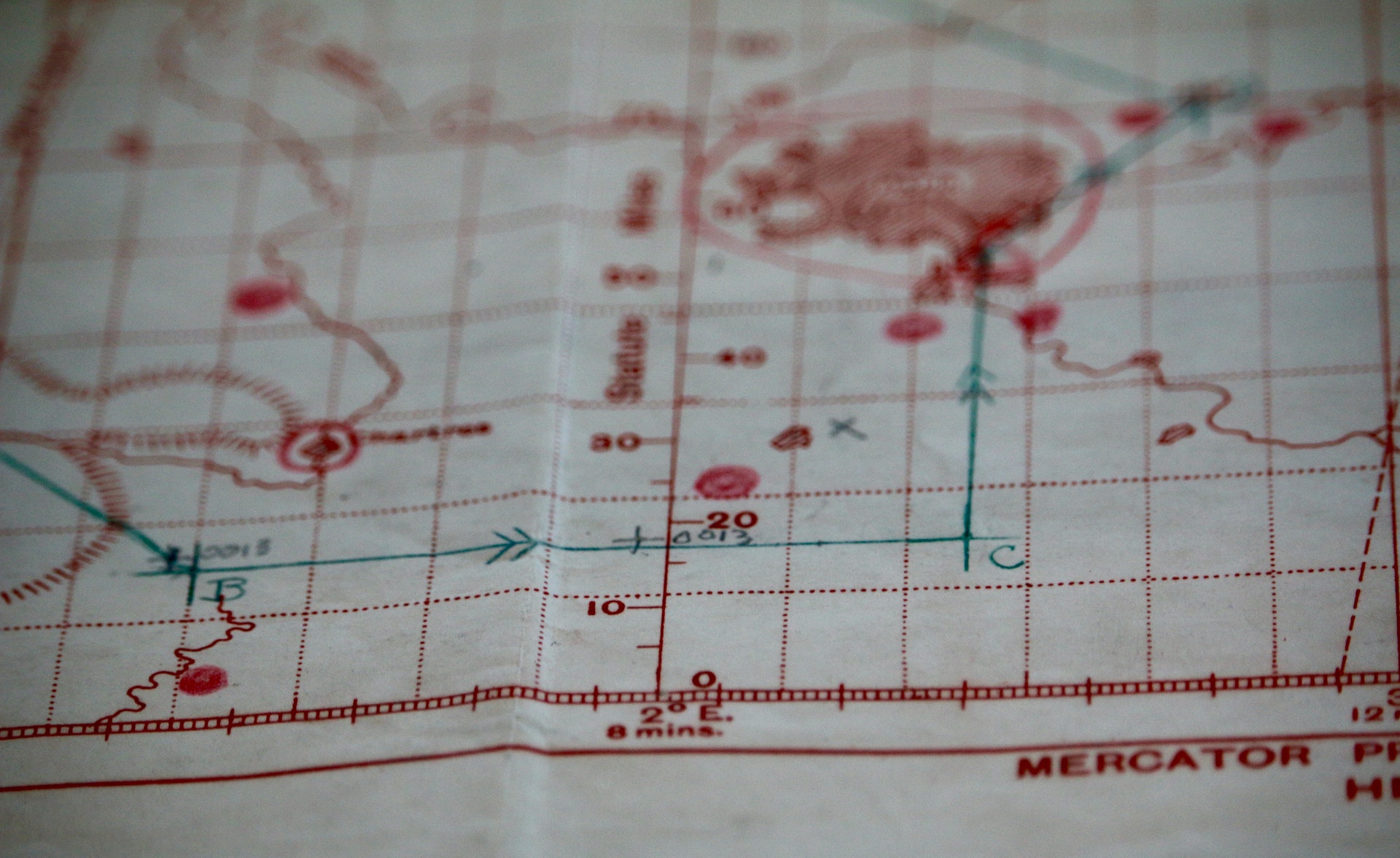 HOW DOES RTK WORK IN PRACTICE?

Now that we know the theory, let's look at the most important part - the practice. There are two main ways to use RTK, and they differ in where you get your corrections from. The first - the simplest and most affordable - is to use one of the national reference station networks (e.g. Leica SmartNet). To use such a network we buy an appropriate subscription and from the service provider we receive login data - login, password, address and mountpoint. These data are entered in the menu of the drone's control unit, which then needs to connect to the Internet to download corrections. Usually for this purpose, we create a WiFi hotspot on the smartphone, and then we just enjoy the high precision of the raid.

The second way is to use your own base station. Such stations are very expensive, but they allow for complete independence from mobile network connectivity (internet). The advantage of having your own station is that you reduce the distance between the station and the drone, which translates into better quality corrections and greater accuracy of the final result. In the case of RTK, the drone is flown as normal and in order to download the corrections for post-processing, a similar service is purchased as in the case of a network of RTK reference stations. 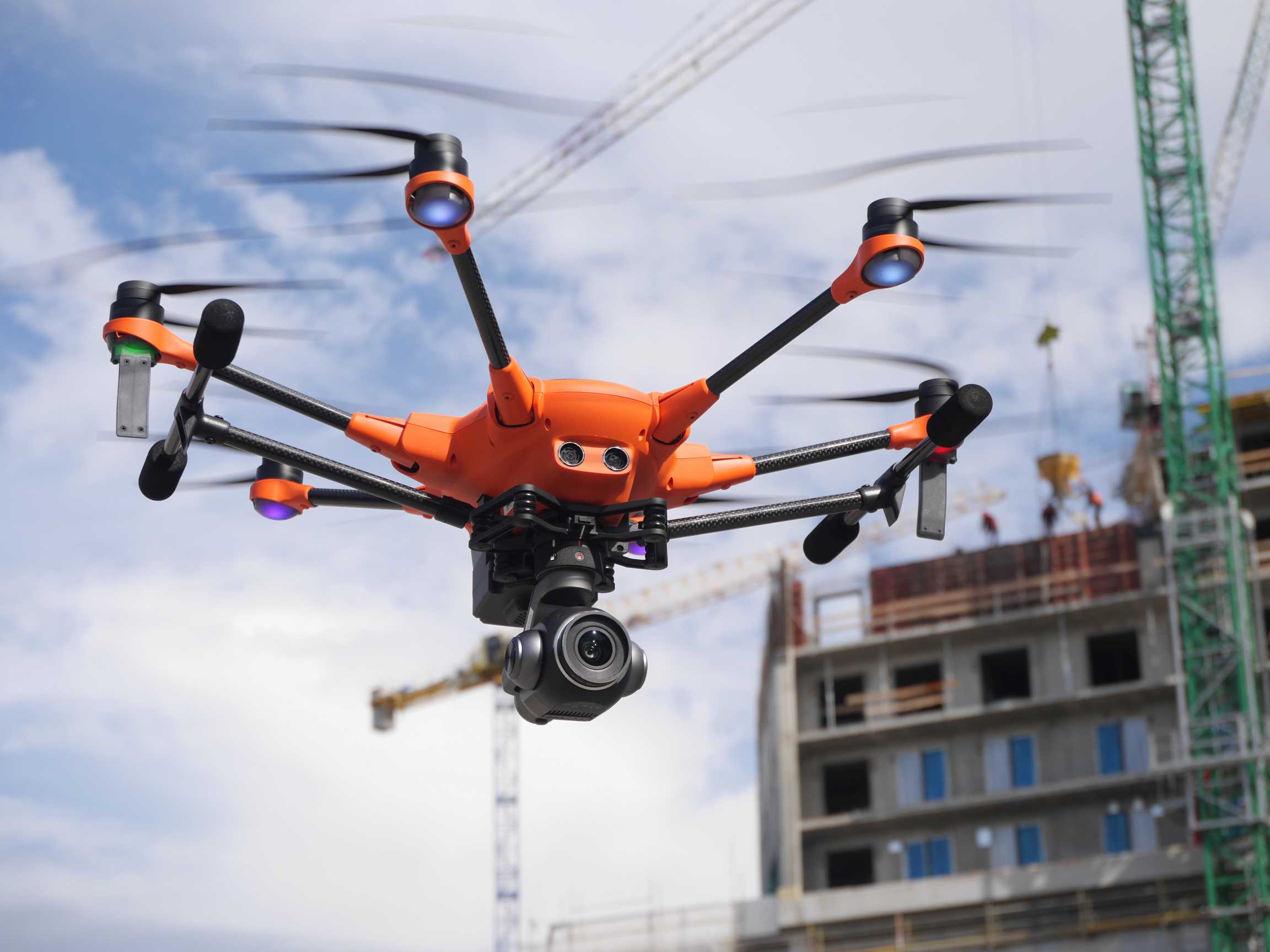 TO THE POINT, HOW ACCURATE IS THE H520E? HERE ARE THE RESULTS

We wouldn't be ourselves if we didn't verify the performance of this equipment, so we ran some tests, which consisted of performing a raid with RTK corrections and taking an orthophoto. We set up 5 control points on the mapped terrain and measured their position independently with a handheld RTK GPS (we used Emlid RS2 and Trimble R2). Next, we assembled the photos from the raid in Agisoft Metashape software and checked how the position of control points in the resulting point cloud differs from the position of these points measured with a hand-held geodetic GPS (so called pole).

In the horizontal plane, we obtained deviations in the control points of no more than 2-3 cm, which I consider to be a great result, given that the measurement of control points left a little to be desired - mainly due to the fact that the points were made of ordinary, soft A4 sheets, placed on high (but trodden) grass. As a result, the control points were slightly deformed after the (not always precise anyway) application of the measuring pole. For the sake of clarity we would like to point out that in this study no single control point was used, which means that the obtained precision is due only to how precisely the location of the photo's center of projection and low lens distortion is recorded. In the near future, we are planning tests performed by professional surveyors who will squeeze everything they can out of H520E - we will of course publish the results as well. 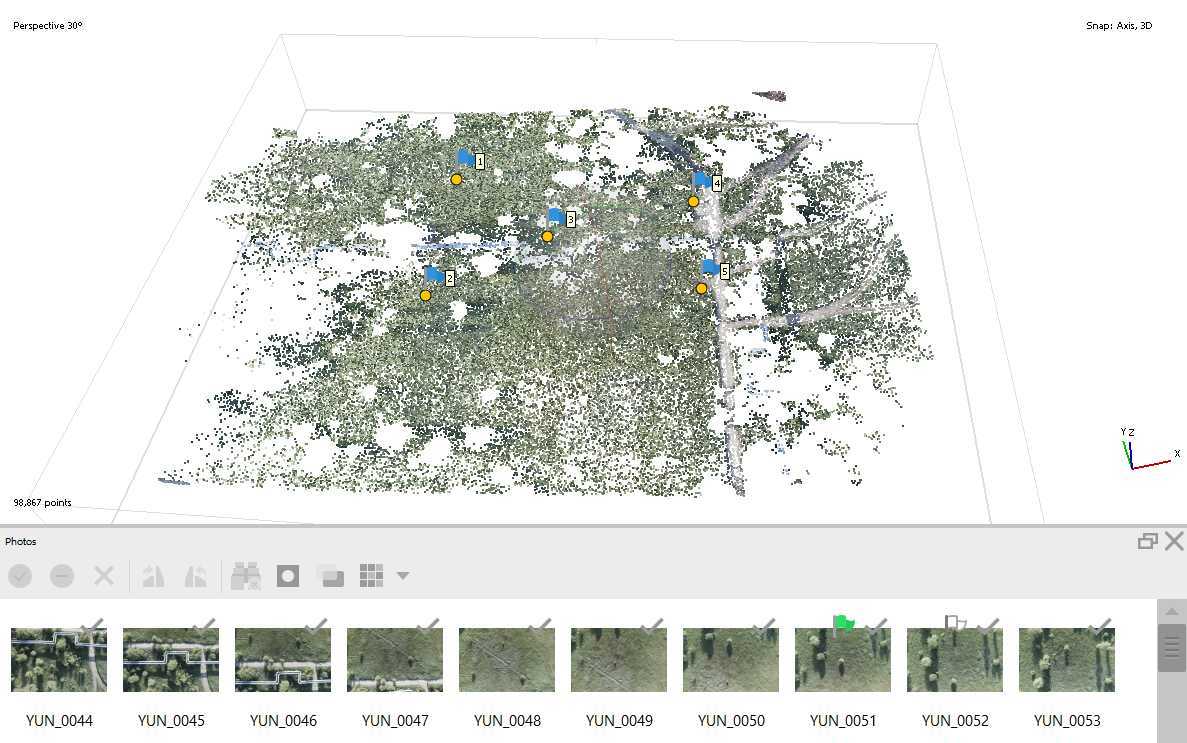 Note that the accuracy of its predecessor, the H520, was already at a very high level. In independent tests, the H520 proved to be one of the best route-holding drones on the market! (Source: https://www.ugcs.com/news-entry/comparing-precision-of-autopilots-for-survey-missions). The H520E RTK is therefore all the more interesting for anyone who cares about accurate geolocation photos. Its affordable price and high quality make it a great tool for surveyors and other professionals, and the ability to match it with various cameras and accessories (including, for example, the E20TVX radiometric thermal camera) is an invaluable added value that makes this drone great for almost any professional context.