Autel Robotics entered the market with its first drones in 2014 and over the past 6 years has transformed itself into a very serious player in the semi-professional and professional UAV sector. The headquarters and production line are located in the United States, although it is only a subsidiary derived from Autel Intelligent Technology - a Chinese manufacturer of automotive diagnostic tools. The initial success of their previous flagship drone, the Autel Evo, went largely unnoticed in Poland and Europe, as the product lacked CE certification and the manufacturer focused on distribution in Asia and the US. This situation has changed with the release of the long-awaited successor, the Evo II drone range, which also includes models with RTK. We had the opportunity to test just such a model and in this article we will describe our impressions from photogrammetric flights and describe the results of the RTK accuracy test. 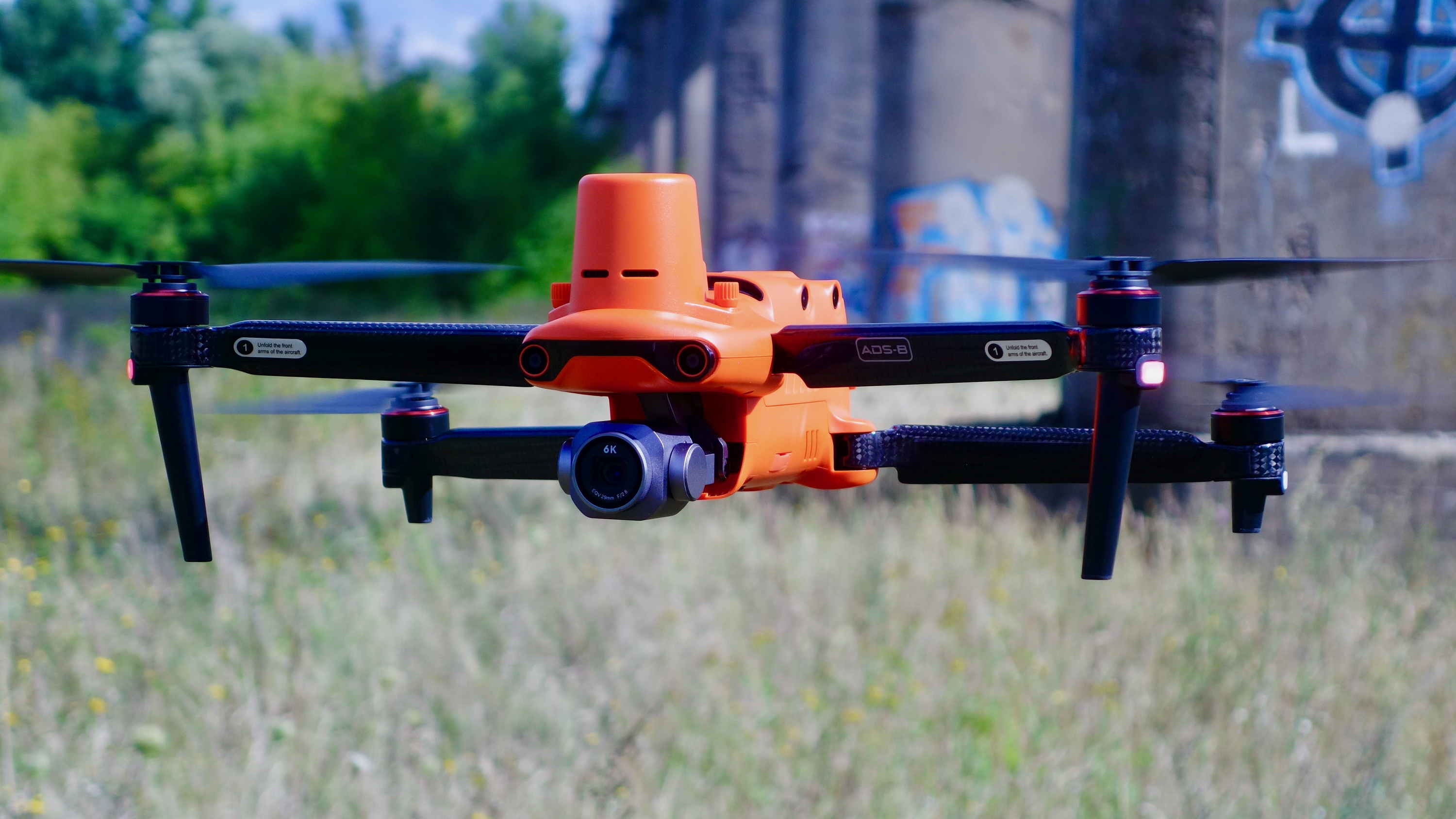 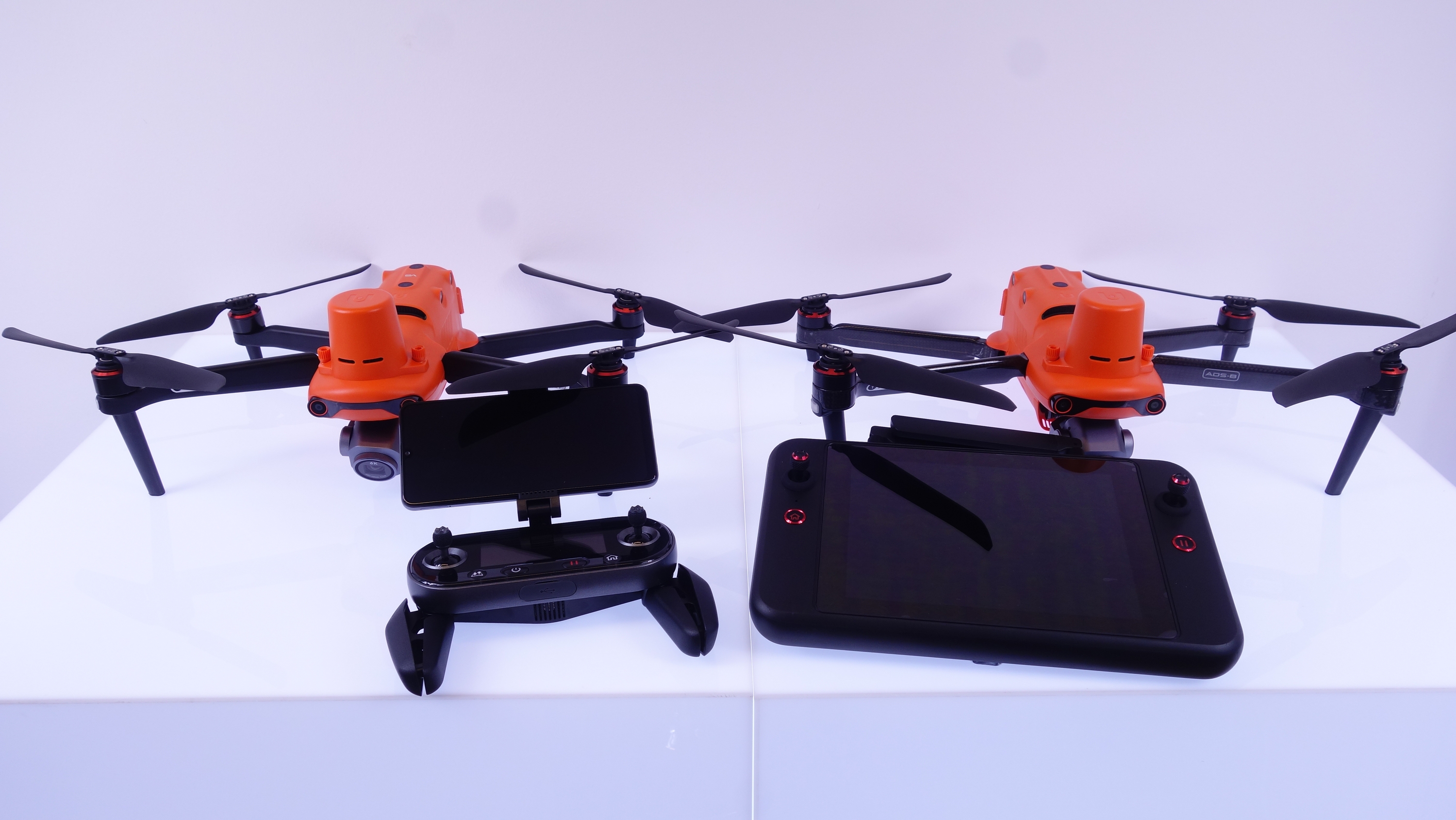 Basically, we have 2 flying platforms to choose from: the regular and the Enterprise. The second one is distinguished by the ADS-B transponder, thanks to which we are visible to the nearby planes, additional battery included in the set and carbon arms with slightly bigger engines, which results in a minute or two longer flight time, depending on the configuration. The Enterprise model also gets some interesting extras: a Smart controller with a built-in large touch screen, a searchlight, a speaker, an extra battery and a position light. An RTK module can also be installed in their place, which is available as an additional option. So you can start with the Enterprise model and have a range of extras, or go for the regular RTK model at a lower price.

Interestingly, it is probably the only drone on the market from the segment of small folding structures in which you can replace the cameras, although you need tools for this and it may be difficult to do in the field. However, it is a game worth the candle, as there is a dual camera with a 48 MP optical sensor (1/2" matrix) and 640x512 px radiometric thermal imaging available. For traditional photogrammetry, however, the camera from the Pro model, equipped with a 1" sensor and 20MP resolution, is more suitable. Despite the theoretically lower resolution, we can be sure that the larger sensor will give better quality images than an artificially inflated 48MP camera with a barely half-inch sensor. The camera with a 1" matrix has a lens with adjustable aperture in the range f/2.8 - f/11.

We must admit that the prices of this model are very encouraging compared to the competition. The basic, ready-to-fly model with RTK and a 20MP 1" camera can be purchased for about 15 000 gross, which is much cheaper than, for example, the DJI Mavic 2 Enterprise RTK Pro, or DJI Phantom 4 Pro RTK. Sounds great, but how about quality?

The drone gives the impression of being solid and well built. The plastics are well-fitted and there are no loose parts. The Rugged Bundle case is waterproof and protects its contents very well, while being overly mare-like. The Hardcase for the Enterprise version houses one more battery, and a Smart Controller with a built-in touchscreen, so you don't need to use your own smartphone. The drone itself requires almost no preparation before flight, apart from calibrating the compass. We don't even have to remove the propellers to pack it in the suitcase. Of particular note are the 12 stereovision sensors, 2 on each side of the drone. A pair of such sensors can see objects spatially on the same principle as human eyes. This is currently the best type of anti-collision technology and it is gratifying that more and more manufacturers are adapting it to their drones. 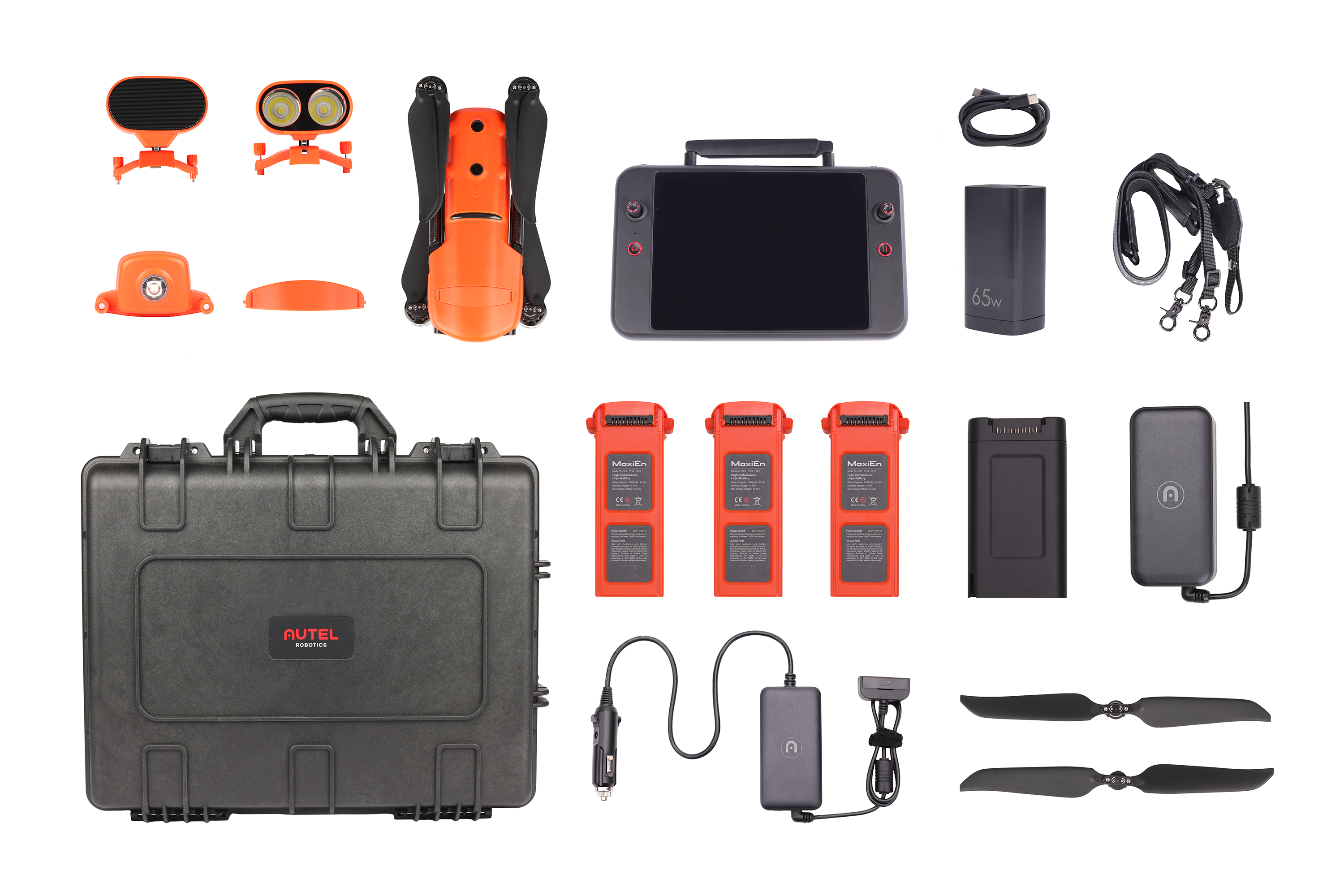 QUICK CONNECTION TO THE APP AND READY TO GO

The drone quickly connected to the camera. In the menu, we have all the options we need, including critical battery level settings, gimbal sensitivity, failsafe options (i.e. what the drone will do in case of loss of connectivity or battery drain). The interface design of the control app is as simplified and clear as possible, with all the essential functionality retained. During testing, we had no problems with the stability of the application. After the compass calibration we are ready to take off.

Once the engines are armed, the drone takes off, rises to about 1 metre and waits for further commands. Thanks to the lower vision sensors, the drone behaves very stable and confident. The operator can feel confident and safe. We tested the obstacle detection and the drone was easily able to find its way between trees or concrete pillars, for example. Also the tracking works impressively, but after all, this is not what we are interested in the most!

The flight time according to the manufacturer is 36 minutes. In practice, depending on the conditions, especially wind, we can expect a solid 30 minutes with a reserve "in case of W". According to the manufacturer's statements, a similar sized drone - Mavic 2 RTK flies a maximum of 28 minutes, so here Autel definitely wins. The maximum speed of the drone is 72km/h and it can fly in winds up to 60km/h. This is a very good result, matching the previous leader in this category - namely the H520E RTK hexacopter. During our tests the average wind speed was 5 m/s (18 km/h), 7-8 in gusts. As you can guess, this didn't make any impression on the Evo. Now that we've made sure the drone performs well in the air, let's check out how it goes about planning photogrammetric raids and using RTK.

Planning a raid is extremely simple and clear. Even without reading the manual (which we don't recommend ;) ) you can plan a raid with all parameters in a minute. First, choose the mission type (waypoint, rectangular, polygon, oblique). On the map in the application, we select the area we are interested in and define the parameters for it, such as: altitude (continuously converted into terrain resolution), speed, longitudinal and transverse coverage, gimbal angle and what the drone should do after the mission (e.g. return and land). After each parameter change, the forecast time of the raid, the number of photos and the covered area are refreshed. The finished plan can of course be saved for re-use. All that remains is to configure RTK. We used the NTRIP Leica Hexagon SmartNet. For this to work, the smartphone you use to control the drone must be connected to the internet to download corrections. This comes down to entering the address, username, password, port and mountpoint provided by the service provider. In this device the mountpoint could not be entered, because after completing other data a list of choices appeared. The mountpoint we used most often was not on the list. There was a slight problem, because we couldn't connect to the network for some time. It turned out that only 1 of 4 available mountpoints works. Apart from the temporary downtime it didn't disrupt the tests. After selecting the appropriate mountpoint, the drone reported the RTK fix and the flight could be performed without any problems. 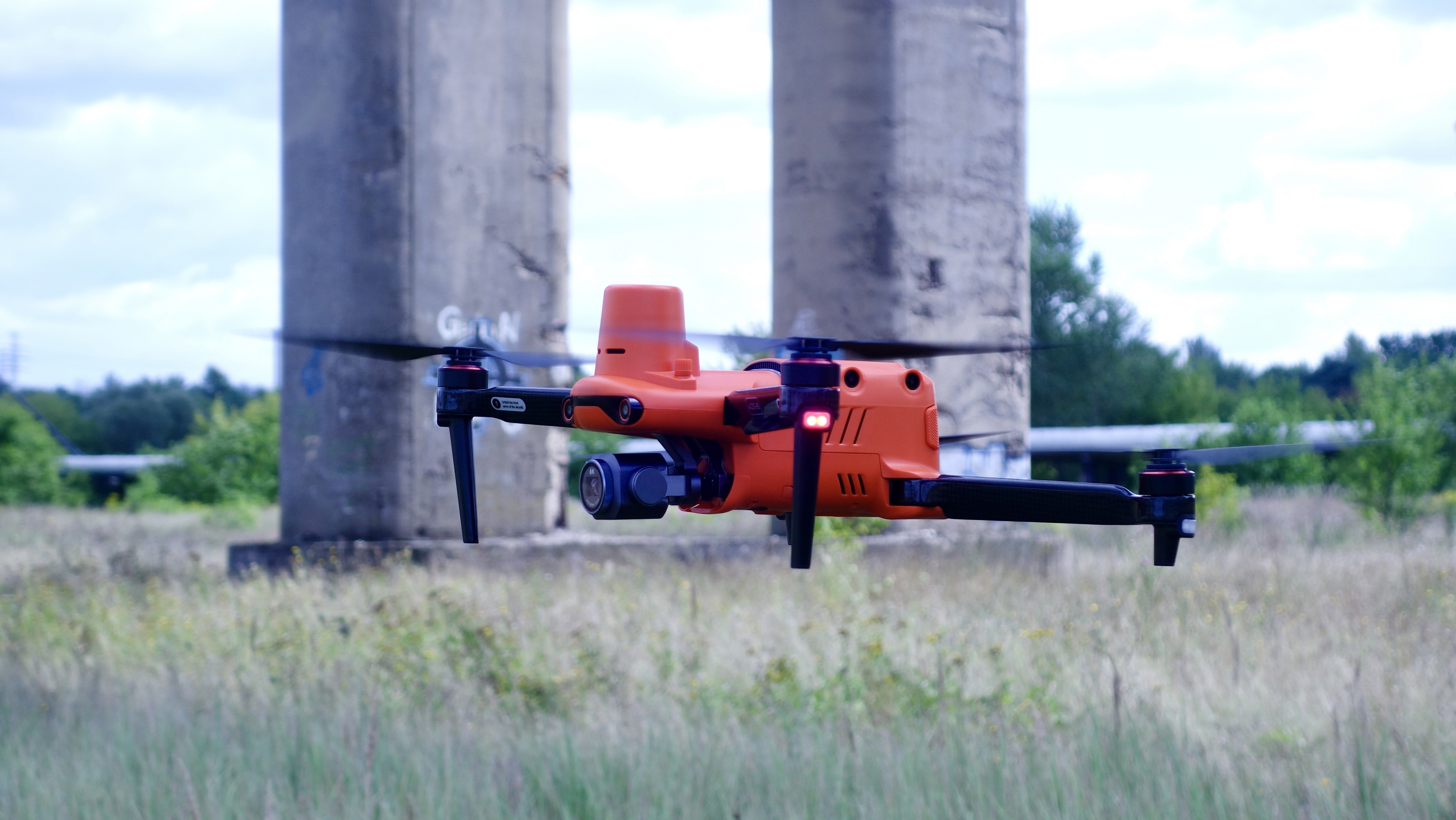 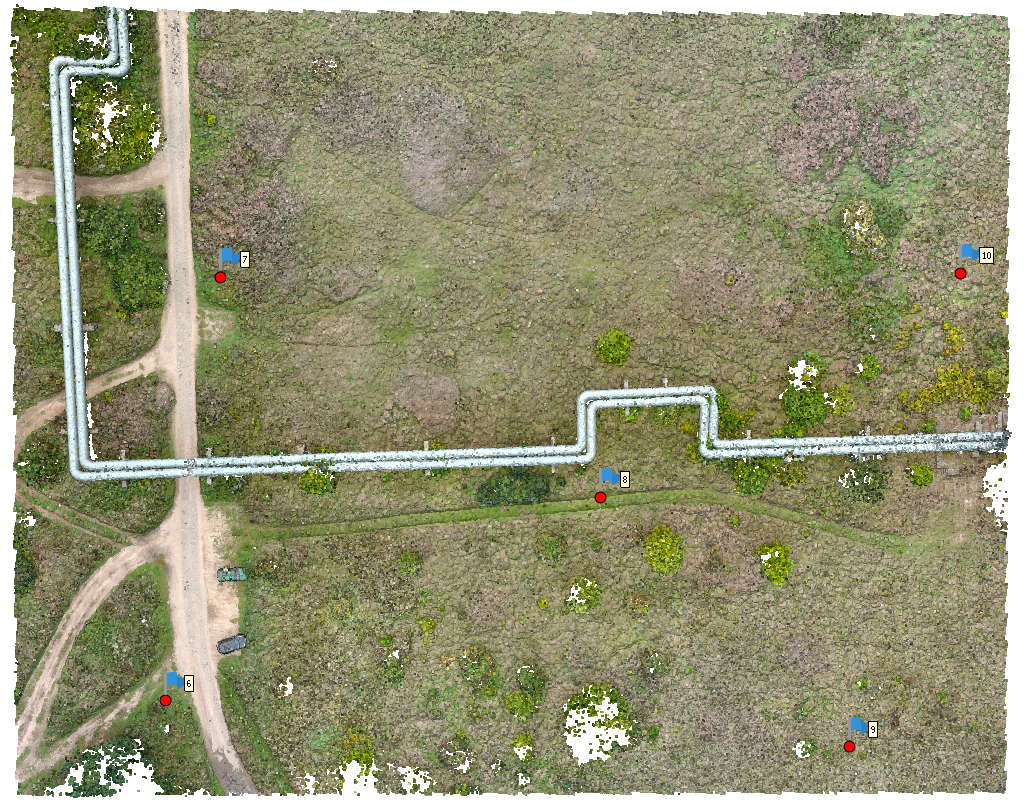 We planned the raid with the following parameters: altitude 36 m above the launch site (which, according to the application, translates into terrain pixel of 0.64 cm/px), cruise speed 3 m/s, coverage 70/70. The covered area was 2 ha. It is worth mentioning that theoretically, at the height of 120m, resolution of 2cm/px and speed of 10 m/s, we can cover even 75 ha in one flight (in 30 minutes; ), which is a very good result, if not the best in the category of small multirotors. We placed 5 control points on the area to be covered. We measured their location with high accuracy using a Trimble R10 handheld GNSS receiver, which also took corrections from the SmartNet network. The site is located about 4.5km from the nearest SmartNet reference station.

The first impression while looking at the pictures is positive - they have vivid colours and satisfactory sharpness also at the edges of the frame. Subjectively, however, it seems that the resolution presented in the application is distorted. Flying at the same altitude, the Yuneec H520E RTK with a 1" E90 camera indicated a field pixel of 1.1cm, and despite the theoretically inferior value, the Yuneec images seemed slightly more detailed. This was particularly noticeable when tagging control point centres in the photogrammetric software. At very close-up, the Evo II photos seemed a tad more shaky compared to the Yuneec. The Autel perhaps lighted the photos slightly more strongly, causing the white part of the targets to burn through slightly. Nevertheless, the quality of the photos from the Evo II is certainly satisfactory and allows for accurate studies, as evidenced by the accuracy results we obtained. 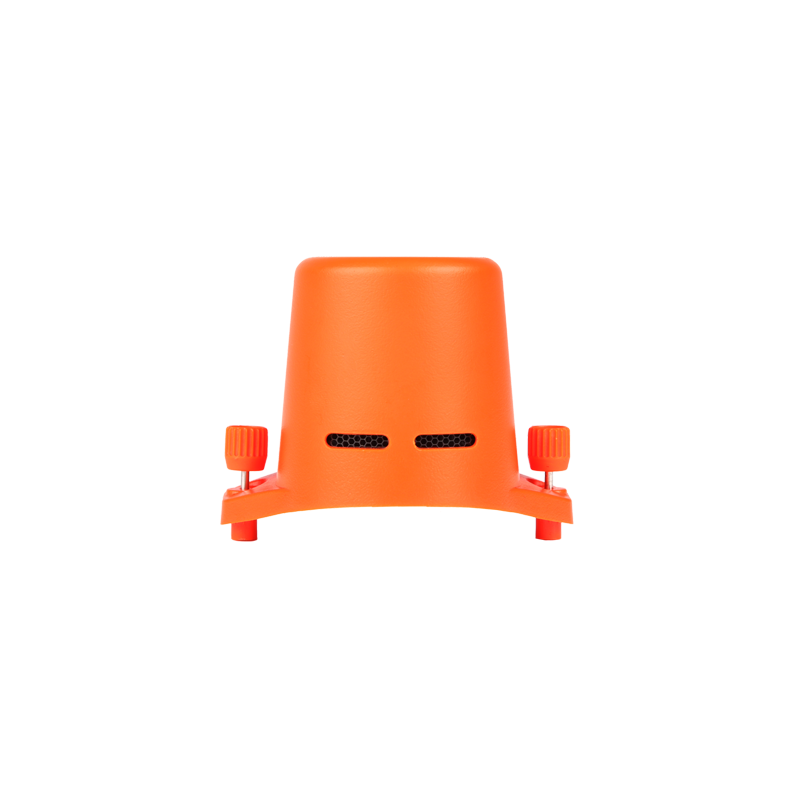 None of the photopoints acted as a fitting point, all were used only as control points, and the processing was done in Agisoft Metashape. The RMSE measurement uncertainty was 3.3 cm in the east-west axis and 2.5 cm in the north-south axis. We make no secret of the fact that, as a newcomer in the drone segment with RTK, Autel coped with this issue perfectly and proved its usefulness as a fully-fledged drone for photogrammetry. Especially since the fisheye effect of the lens is negligible and allows for good imaging. The drone also generates RINEX files so we can process the results also in the PPK workflow, so we can achieve geodetic accuracy after the fact, that is even if we do not have an RTK fix during the flight.

The Autel Evo II Pro RTK passed the test in our opinion and showed a very good side. But what is missing? Certainly the terrain follow option would be useful, i.e. the ability to automatically maintain a constant height above ground level. Currently, the drone maintains a constant height only in relation to the place of launch, which means that in hilly terrain you will have to watch out for terrain overhangs so that the drone does not hit them, and above all - the variable value of the terrain pixel, which makes development difficult. It would also be useful to have an application for programming the raids on a computer or laptop, and an option to enter the coordinates of the boundary points of the raid area, instead of basing it only on the satellite map base. In general, however, these are minor issues that can be improved by the manufacturer in later software releases. The camera has rolling shutter, which is also suboptimal, but on the other hand - the same can be said about most of the competition. What cannot be said about the competition is that the Evo II is a fully-fledged photogrammetric drone with RTK available at prices starting from 15 000 PLN. With such image quality and RTK precision, this is an unbeatable offer. 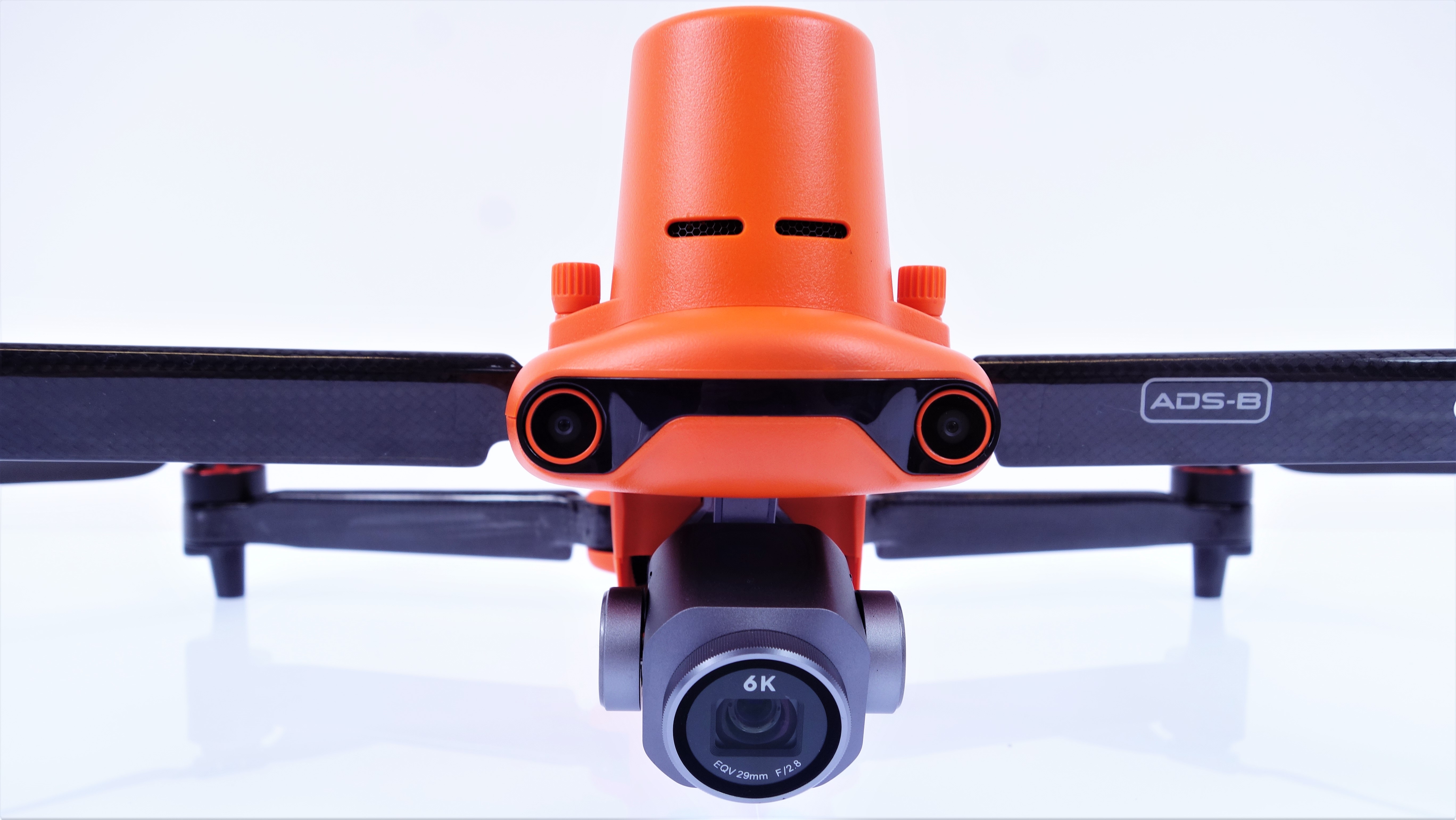 In conclusion, the Autel Evo II Pro RTK is an affordable, handy and mobile solution that does not deviate and often exceeds the parameters of the competition, while killing it with its price. The basic kit is rich (it even includes a case and 2 batteries), the drone is versatile and future-proof thanks to its interchangeable cameras, and what's more and the manufacturer provides an SDK for it, so we can expect applications and hardware accessories in the future.