The Autel Robotics brand is not yet widely recognised in Poland - it lacks much of the popularity of DJI, Yuneec or other old players. Should it remain so? The Autel company with its new products convinces us that no, and that this is not its last word. In fact, it seems that Autel is just beginning to fight for the customer - and a professional customer, one for whom a drone is a work tool. And for whom it would be best if these tools were also built smartly and in the best possible quality - like Bosh or Makita power tools, for example.

Before it even has time to do anything for us - the new Autel EVO 2 Pro Enterprise (in our case, the EVO 2 Pro Enterprise with the optional RTK attachment, in the form of a tasteful hat) charms us with its appearance. Probably none of the people seeing it for the first time ignored the beauty of this model - not unjustifiably - and all of them unanimously stressed: this is the first drone whose casing was designed not by an accountant - but by a designer, with probably Italian origin (we don't know this for sure, but we suspect so...). The Autel EVO 2 is simply beautiful. The design is reminiscent of the amazing Jean Paul Gaultier designs that make up the universe in the film The Fifth Element. It's also a bit like the Yellow Submarine (despite being orange) and a bit like... the aforementioned power tools. There are three eyes looking back at us from the front (the main camera and the two stabilisation system cameras), which seem to say: relax, I know what this is all about. The sleek rear, topped with two cameras, is very retro and reminiscent of American road cruisers of the 1960s. On the side - for me it's a well-designed toaster or a spaceship from the planet Melmak. So here's a point for Autel - the look of his new drone wins over almost everyone, even before you put a battery in it. But does the external beauty carry

I must admit that my judgement in this matter is somewhat "curved" by the strength of the kit I had the opportunity to get acquainted with (and befriend). For this was the Enterprise version, differing from the less omni-chic ones by a few useful additions. In the Enterprise version, the Autel drone is delivered to the user in a large, solid, waterproof suitcase (cheaper versions also have one, but the suitcases are less capacious and universal), in which, apart from the drone, you will find a sound system, lighting in the form of a double "searchlight" and a powerful strobe diode. The RTK module is an optional extra - but the manufacturer has provided space for it in the case. In addition, the set includes a new Smart Controller - design racing with the drone, two fast chargers, a set of necessary cables and two batteries. All elements maintain a uniform design and are really well made. A clever port "on the head" of the drone makes it extremely easy to mount the listed add-ons, or cover up with a clever cap. The manufacturer has even taken care to protect the connector of each of the elements with a tasteful rubber cover in orange of course. The whole thing is pleasant to the touch, perfectly fitted and makes a really solid impression. And great, but 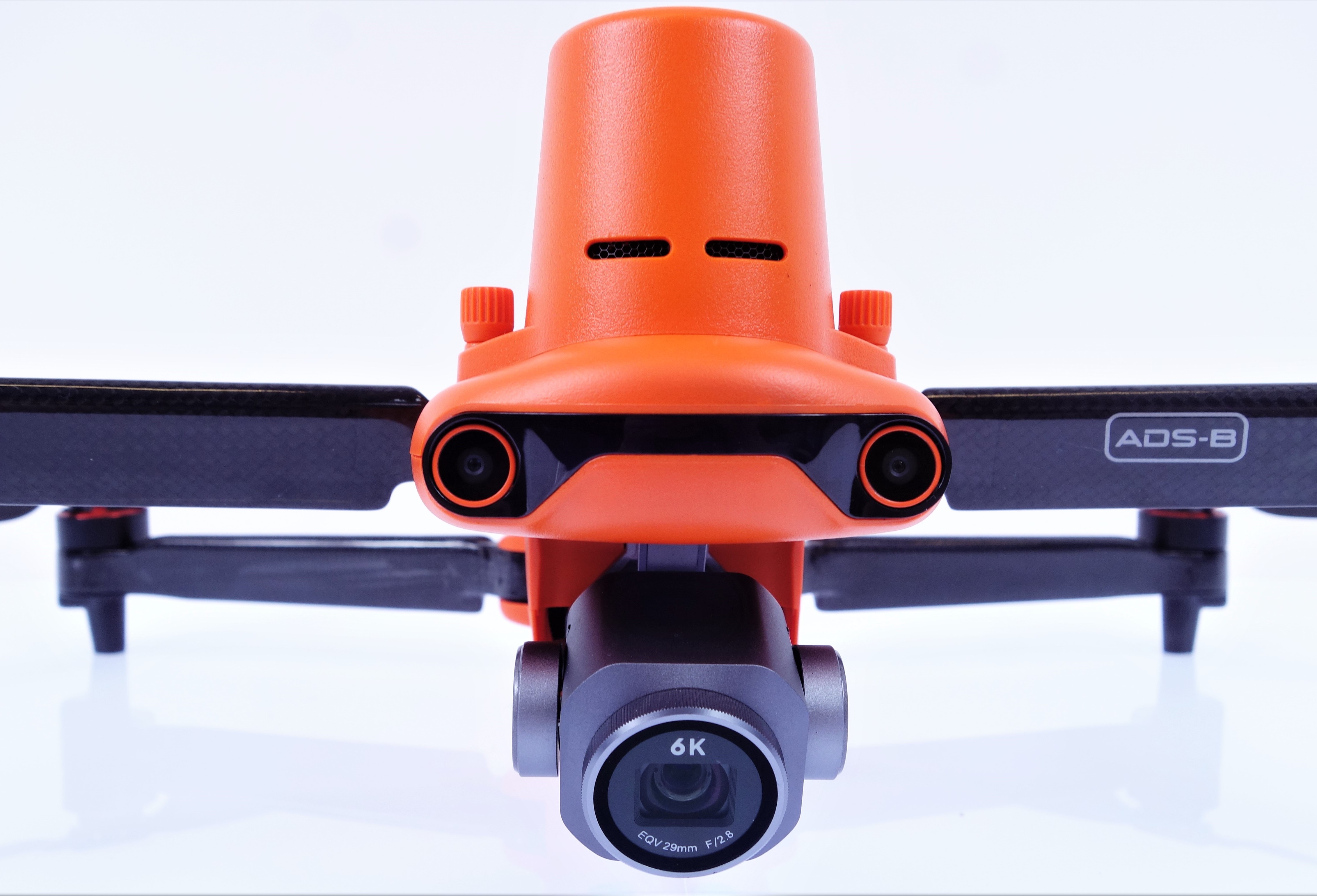 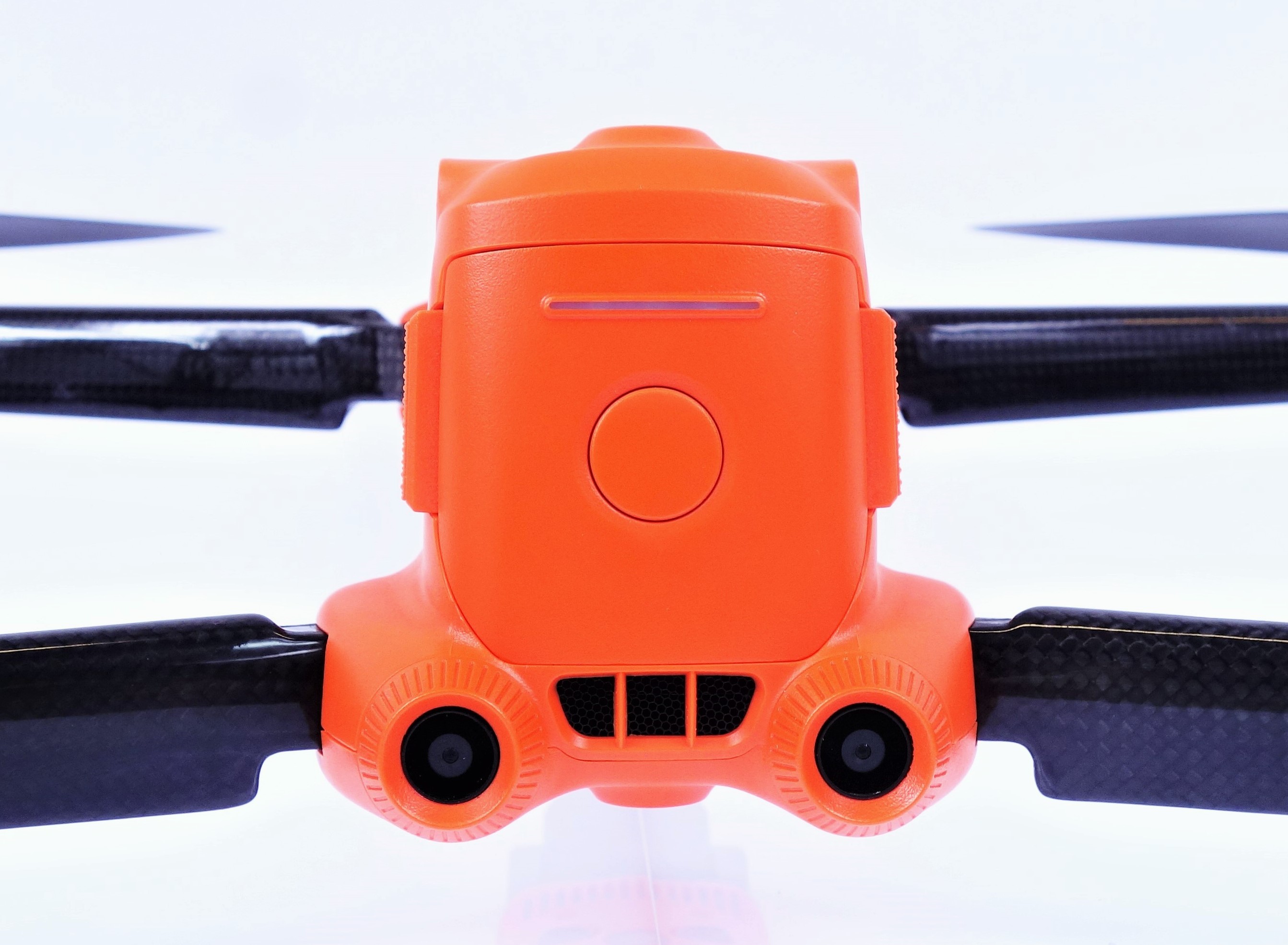 HOW DOES IT FLY?

The first word that comes to my mind now is "easy". It's easy to get the EVO 2 up and running, connected to the controller, calibrated and launched. I don't think it's ever been easier! I've heard that some users have trouble with the android smartphone app when using the regular "small" controller (which we also tested) - but I myself, on both Android and iOS, encountered no problems or shortcomings. Everything to everything connected on its own, downloaded the firmware upgrade and reported ready after a few minutes. So another solid point for Autel. And then it got even better: it took me less than a minute to set up a photogrammetric raid, using RTK, on a simple polygon-shaped map slice. Then the drone completed the whole job flawlessly and landed exactly where it started from. The "SD card abnormal" message displayed in the hardware performance summary menu was worrying - but it didn't translate into anything else. The photos were saved correctly, the OBS file too. However, my professional curiosity would certainly lead me to explain this phenomenon.

EYES ALL AROUND THE HEAD

The multitude of cameras is probably the first, most quickly noticeable special feature of the Autel EVO. The drone has... twelve (!!!) cameras of the stabilisation system and the main camera (in the thermal version - double, RGB and thermo). This translates into stability and continuous notifications of obstacles if we have them closer than 10 meters. I was a bit apprehensive about the 'fly into a wall' test and didn't do it of course - but I'm pretty sure the drone will effectively prevent that. In any case - it is aware of what is happening around and corrects its flight path in advance. The main camera in the tested version is exactly the same as in the Pro version - the one-inch 6K sensor generates very clear and detailed images, and in addition does not reveal any noise in daylight conditions. We will certainly test it in night conditions too - but the camera's specification (12,800 ISO sensitivity and 10-bit colour depth) and its good reputation - this camera is not installed in Autel drones from today - allows us to expect the best. Interestingly - the EVO 2 version without the acronym Pro legitimises an 8K resolution sensor (which creates a bit of confusion), but with a ½ inch size. And that's why the Pro version is sold with this and not another camera. 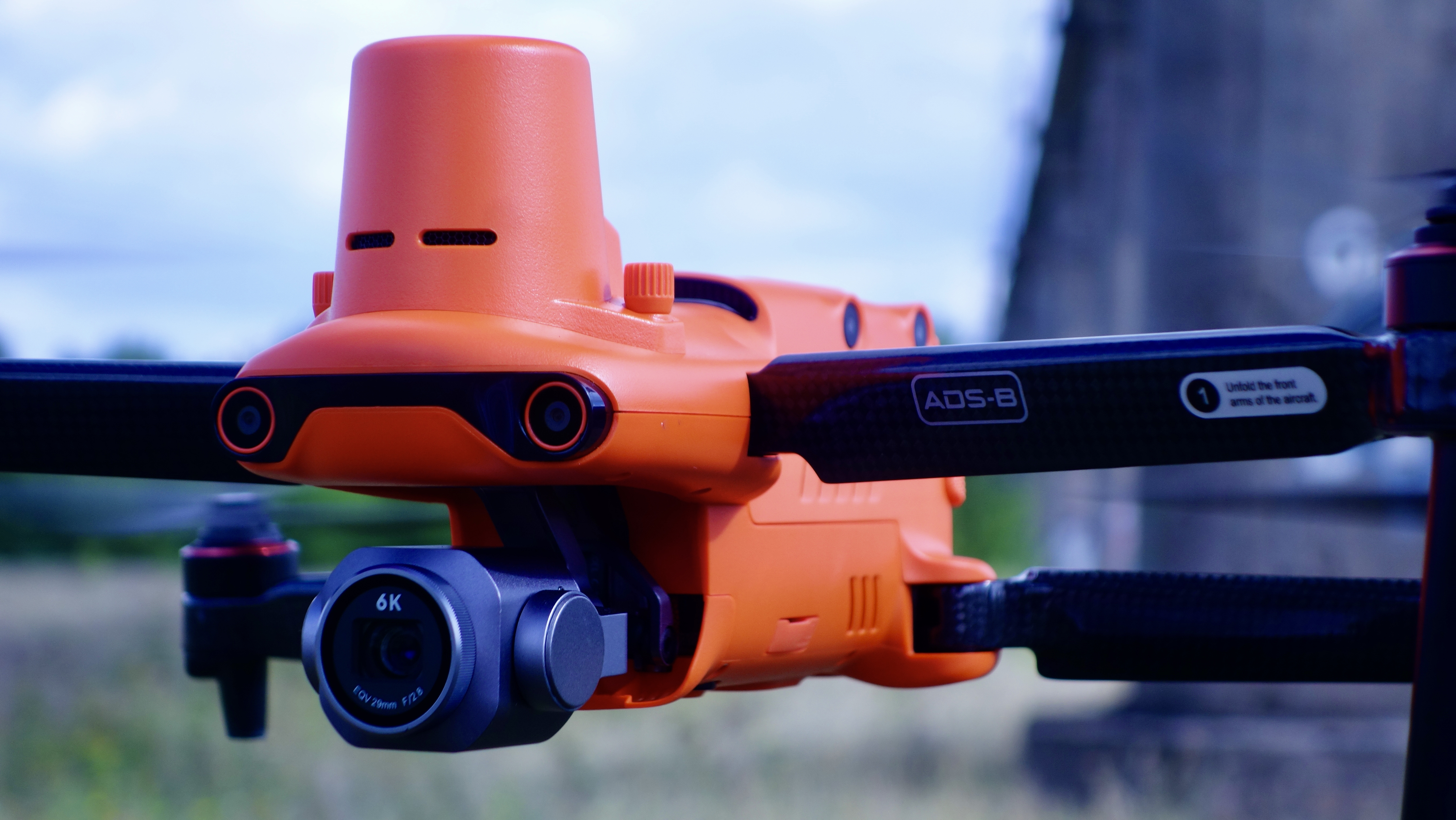 Autel promises a few things (you'll find details of the specifications of each version in the shop, on the product sheets), the most important of which is a flight time of up to 42 minutes. In winds of around 5m/s, with no aerobatics or racing, the tested drone actually flew that long. In faster winds it probably wouldn't be so beautiful - but for today it's at least a satisfactory result. Whether it will be possible to improve it by buying a more capacious battery - time will tell. It is unlikely that you will be able to equip ordinary EVO 2 with carbon arms and bigger engines mounted in Enterprise version (as the manufacturer claims for now) - so if you like carbon accessories, so fashionable in today's motoring, you have to think about Enterprise kit right away. Other important parameters of the drone, such as vertical and horizontal speeds, range or charging speed do not deviate from today's (higher) average. RTK accuracy, which we will precisely check soon, gives the impression of at least not bad. We will post precise test data in the blog in the near future.

IS IT WORTH THE SIN?

Is it worth betraying your current brand for it? I will answer as simply as possible and without any coquetry: yes. The charm of the Autel EVO 2 encourages us to sin in thought and deed. Its parameters help to justify this betrayal, and the usual convenience of operation helps to quickly forget about the sin. It also seems that this drone is a precisely prepared and aimed attack on the positions already occupied by other professional quadrotors. Will it succeed? I do not know. But I do know that I will be rooting for this venture. If only because I have always liked oranges.