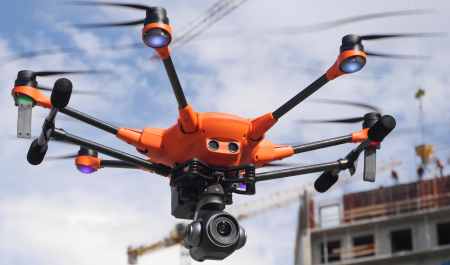 The professionally recognized Yuneec H520 drone has lived to see its second generation. The manufacturer has designed the drone with a completely new processor with increased computing power in its existing and proven design, preparing it for the development of new applications and a number of payloads. He also met the comments and expectations of H520 users by making improvements that we all were waiting for.

One of the most substantial improvements that will be welcomed by all users is the range - it has been more than doubled by using OFDM signal modulation technology. The result of using this solution in the new H520E is an extension of transmission range up to 3.5 km for European models (7 km for American models), and increase of connection stability in locations with high amount of radio interference (e.g. in cities). Yuneec has also used a different kind of antenna, and relocated the to the bottom of the arm endings. The black OFDM module can be seen under the hull. 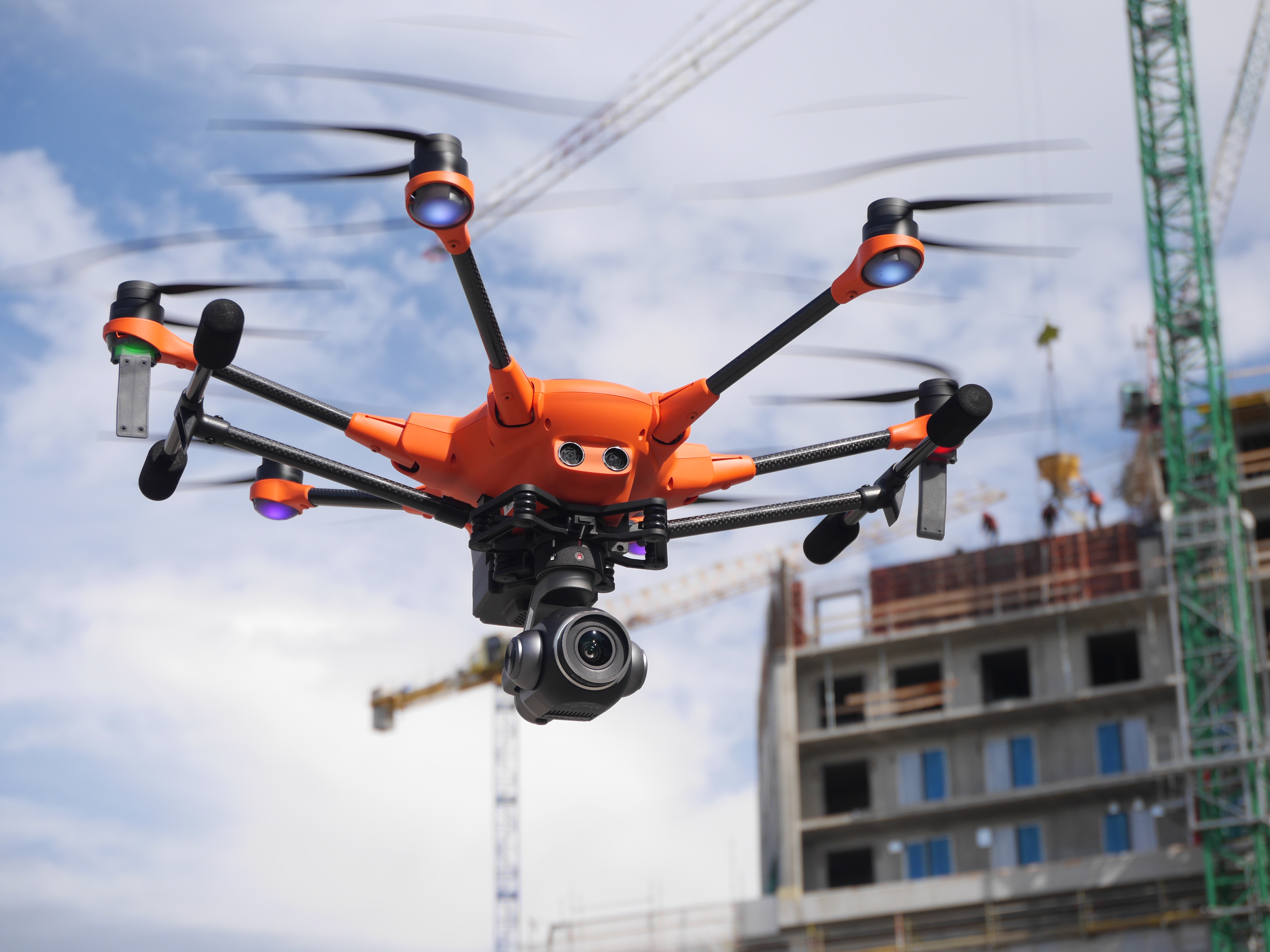 H520E will also appear in a variant with RTK support. This system allows you to make photogrammetric surveys of exceptional precision, in the range of 1-1.5cm. It will be willingly used by surveyors and other users who create professional, accurate orthophotomaps, 3D models or other surveying or construction documentation. Moreover, the use of RTK allows to improve the drone's stability in places where errors in reading the position from GPS can occur due to reflected signals (so called multipath error), e.g. next to tall buildings or in canyons. Yuneec does not forget about existing users and at the same time introduces the long-awaited RTK upgrade to previous H520 models.

A PORT FOR CAMERAS AND SENSORS TO MEET FUTURE NEEDS

Looking at the new H520E, an attentive observer will also see that payload is mounted in a new way. First of all, the old gimbal plates have been replaced by a wider, openwork construction containing 6 (compared to the previous four) oil dampeners. Secondly, this structure is permanently attached to the drone and the cameras are replaced by an advanced mounting system based on a rotating locking ring. This has allowed the use of a new payload connector with 30 pins instead of the previous six. This gives greater expandability, and opens up a lot of room for the suppliers of unusual devices and sensors, who, using the SDK and the new connector, will be able to retrofit the H520E with more payloads, extending the drone's functionality almost infinitely. 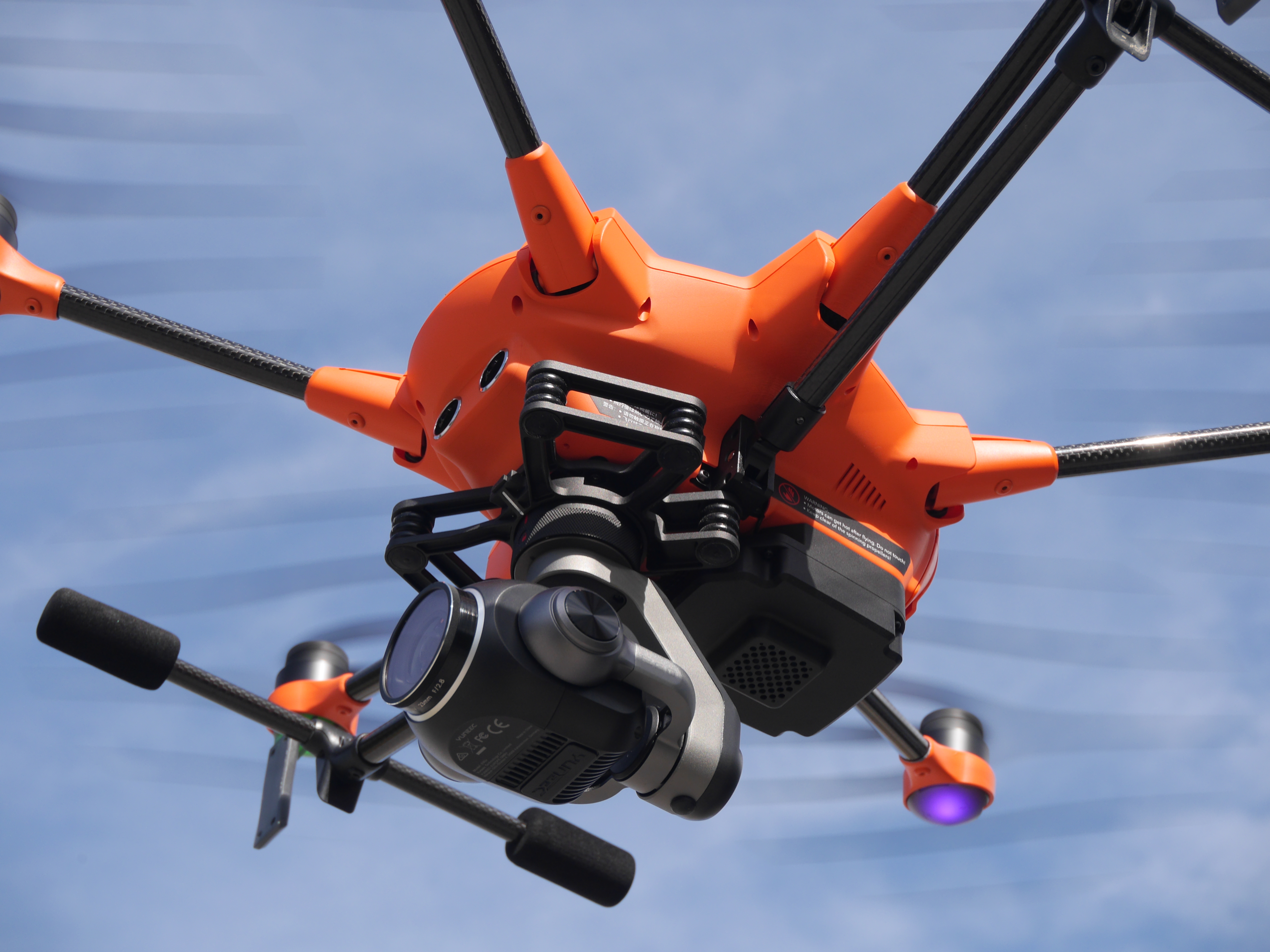 In order to cope with the additional tasks and loads that may be involved, the drone's main processors and equipment have been replaced by new units with significantly increased computing power. The controller in the new edition received a modern quad-core processor.

The drone's power system has also been refreshed. First of all, the battery capacity has been increased to 6200mAh, so the maximum flight time has been extended to 25-30 minutes. Yuneec also used a new battery connector already known from Yuneec H3, which increases the level of safety and maintains better parameters at high load. In addition, the drone is equipped with a sensor for correct battery installation, so the user will receive a warning, and the drone will not start if the battery is not installed correctly.
The DataPilot application has been adapted to handle novel functionalities - several new items have appeared in the menu, including GNSS-RTK, where the user can set up Network RTK communication or communication with his own base station, and special sub-menus for handling unusual payloads, such as a load drop system. The proven design and layout of the DataPilot function has been maintained roughly unchanged, while maintaining its rich functionality - especially in terms of precise planning of various types of autonomous flights. 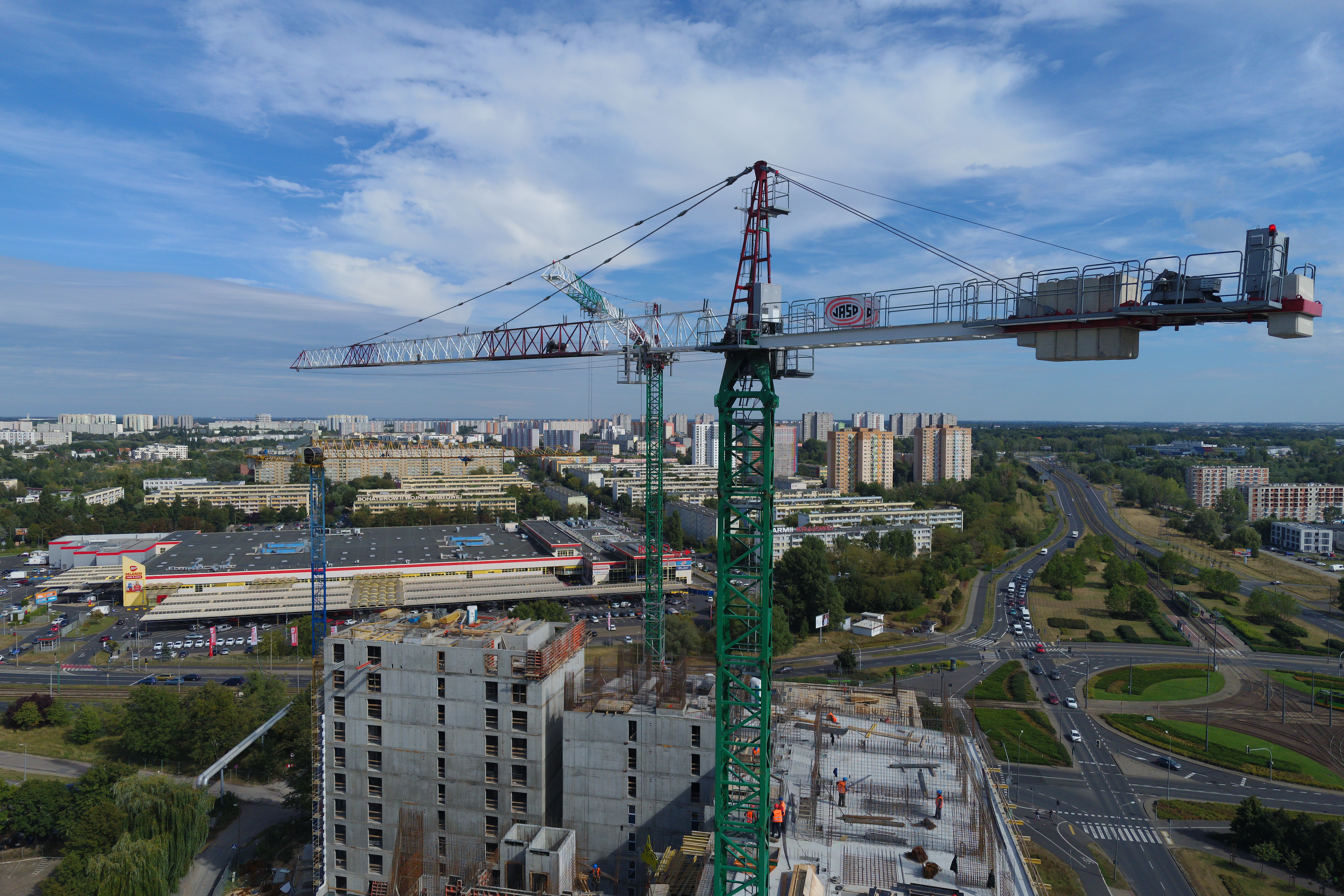 Yuneec has established the official YCAP (Yuneec Certified Accessory Program) for external devices for H520E, so that manufacturers of accessories and payloads for H520E can certify their products. This will ensure full compatibility, integration and safety of these accessories. At the same time the manufacturers are provided by Yuneec with tools and support in developing the best possible solutions. So we can expect the emergence of devices such as tethered power systems, multispectral and gas sensors, payload release systems and much more.

We had a chance to make the first test flights of the new Yuneec H520. The day was windy, but these are natural conditions for H520E. The stability and predictability of the drone's movement remained at the same, very high level as H520. From the very first takeoff you could feel safe, and piloting H520E was a pleasure. The familiar interface does not surprise us with anything, remaining focused on efficiency, transparency and clear presentation of information.

The new generation H520E builds on the best features of the older version - a stable six-rotor design, very advanced autonomous flight planning software, a proven PX4 flight controller and a practical ST16S controller. However, the individual components have been improved and adapted to the requirements of the drones of the future. With its extended range, RTK options, extended flight time and other improvements, as well as the infinite possibilities for external payloads, the H520E is ideal for almost any professional application. 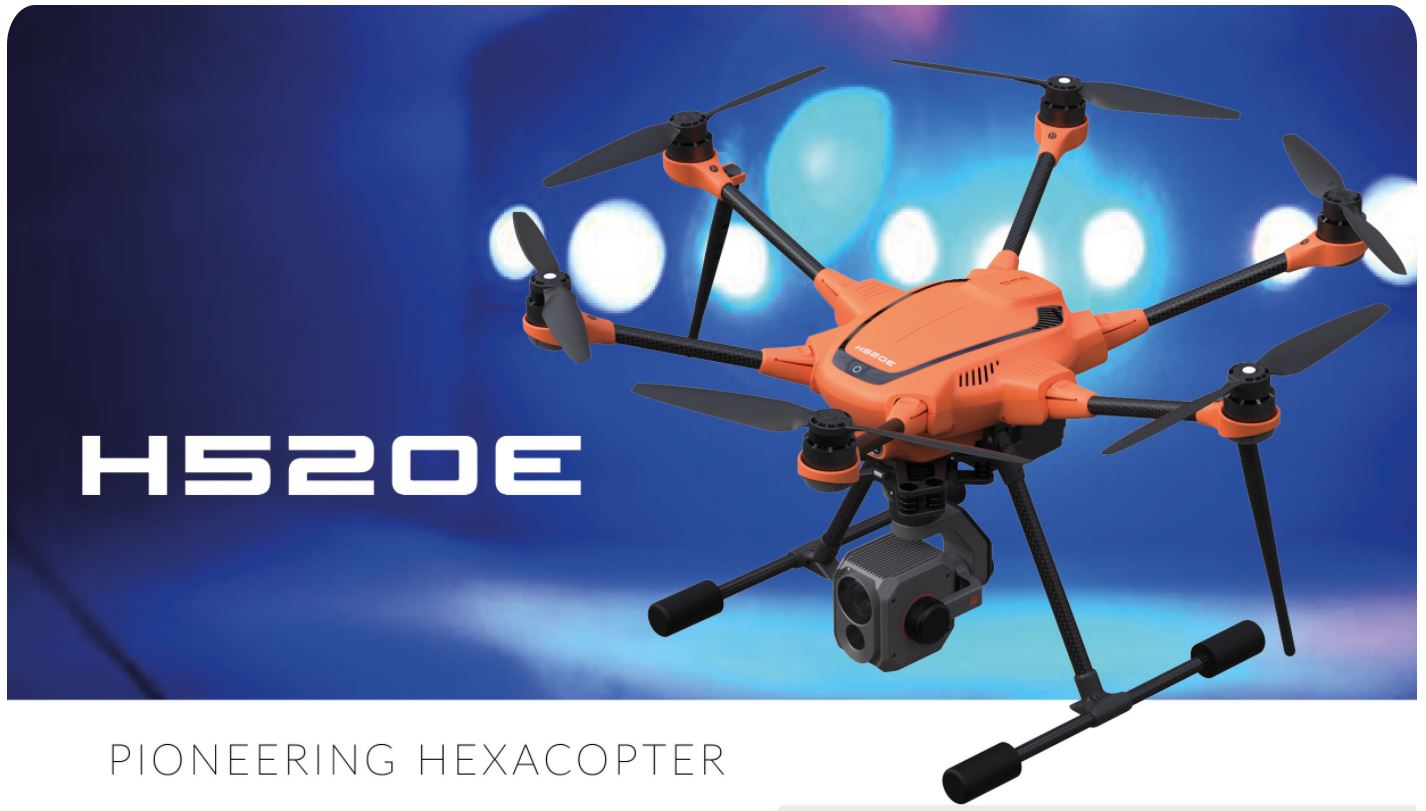