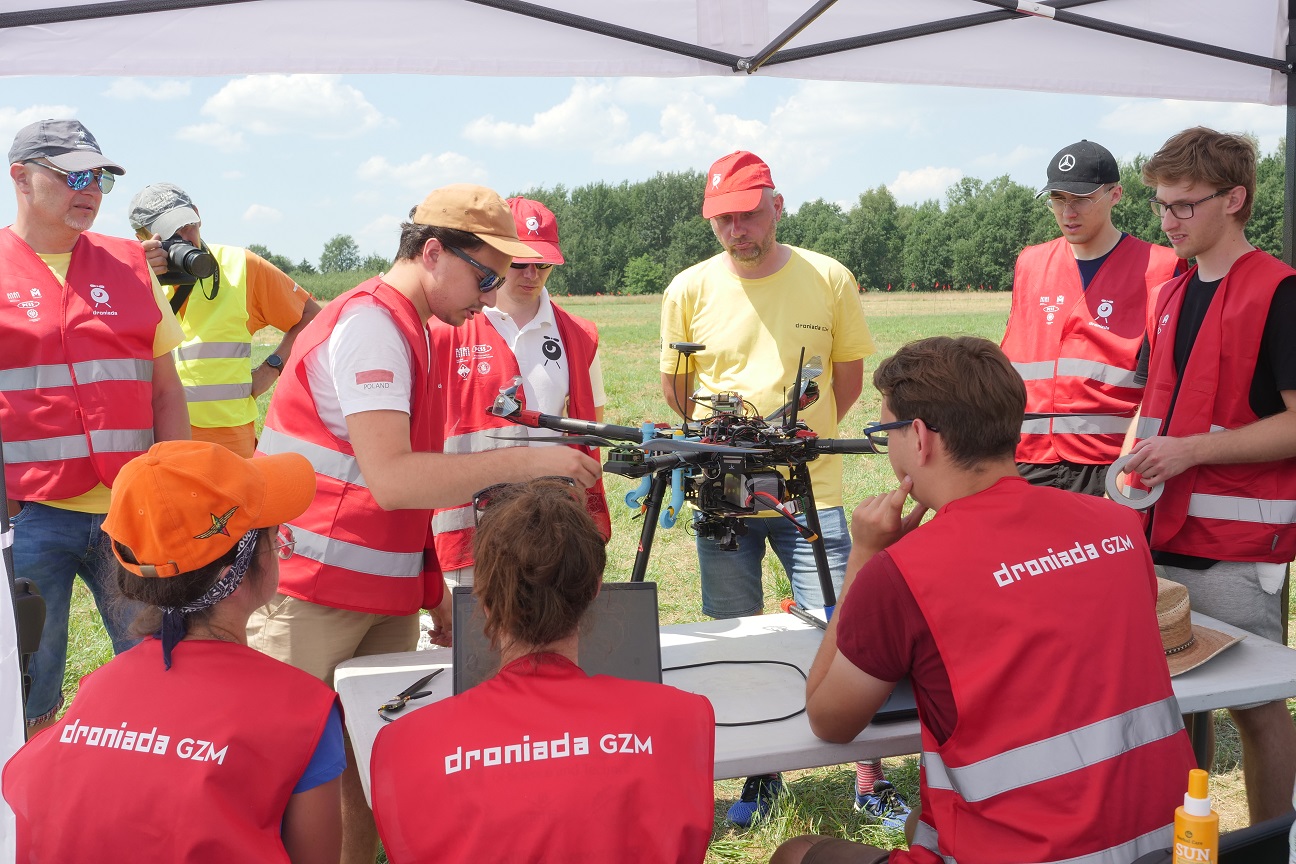 The weather reminds us more and more insistently that autumn has begun and summer has come to an end. That's why we're thinking back to hot June, when at the Muchowiec airport near Katowice we took part in the next edition of the DRONIADA technology competition, organized by the Micromacro Institute Foundation.


Participants compete in tasks that require knowledge and experience in robotics, mechatronics and avionics as well as computer science, including artificial intelligence, cloud computing or machine learning and data analysis. Most of the participants are students, but the competition is open to everyone, including teams not affiliated with any educational institution.


Droniad 2022 consisted of four competitions: Intruder, Tree of Life, Relay and Construction. Each of them required the use of a multicopter, and most teams presented self-built platforms. What did these tasks consist of?


In "Intruder," competitors had to create an image analysis algorithm that would automatically detect a person with certain characteristics (i.e., an intruder) among a group of bystanders; once detected, a camera-equipped drone would track the intruder, and automatically report its finding and location. 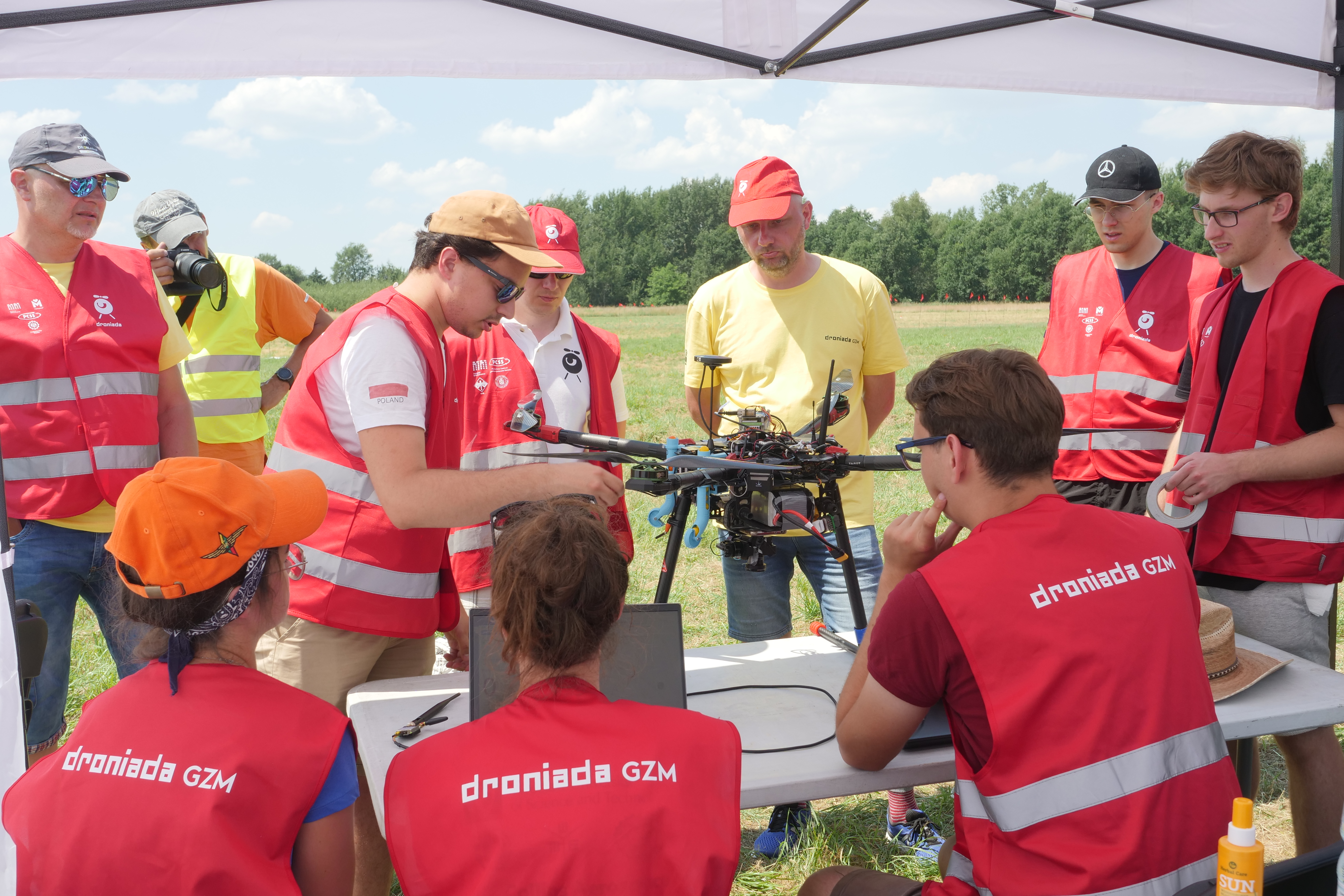 The Tree of Life, already known from the 2021 edition, consisted of a drone to make an autonomous raid over a designated area (a simulated orchard), analyze the condition of the "trees" (consisting of a pole and a sheet with different-colored signs), and then apply a symbolic protective measure in the form of paintballs. The orchard consisted of healthy trees, and diseased ones, where several pathogens could be distinguished among the diseased ones, and each had to receive a "cure" in the form of a shot or dropped paintball of the appropriate color. The on-board computer then had to decide which pathogen it was dealing with, and then accurately apply the correct ball.


In Relay, the drone had to safely fly the planned route, which ran far beyond the operator's line of sight, and accurately drop the payload of paintballs/beacons on the set targets. The challenge was to ensure adequate communications, create an accurate drop mechanism, respond to dynamically appearing NoFlyZone along the route, and - perhaps most importantly - formally analyze the risk using the SORA method. Since the flights took place at an active airfield where the Air Rescue operates at all times, and were out of sight, the risk analysis was a very difficult challenge that prepares participants for the formal aspects of unusual UAV flight scenarios. 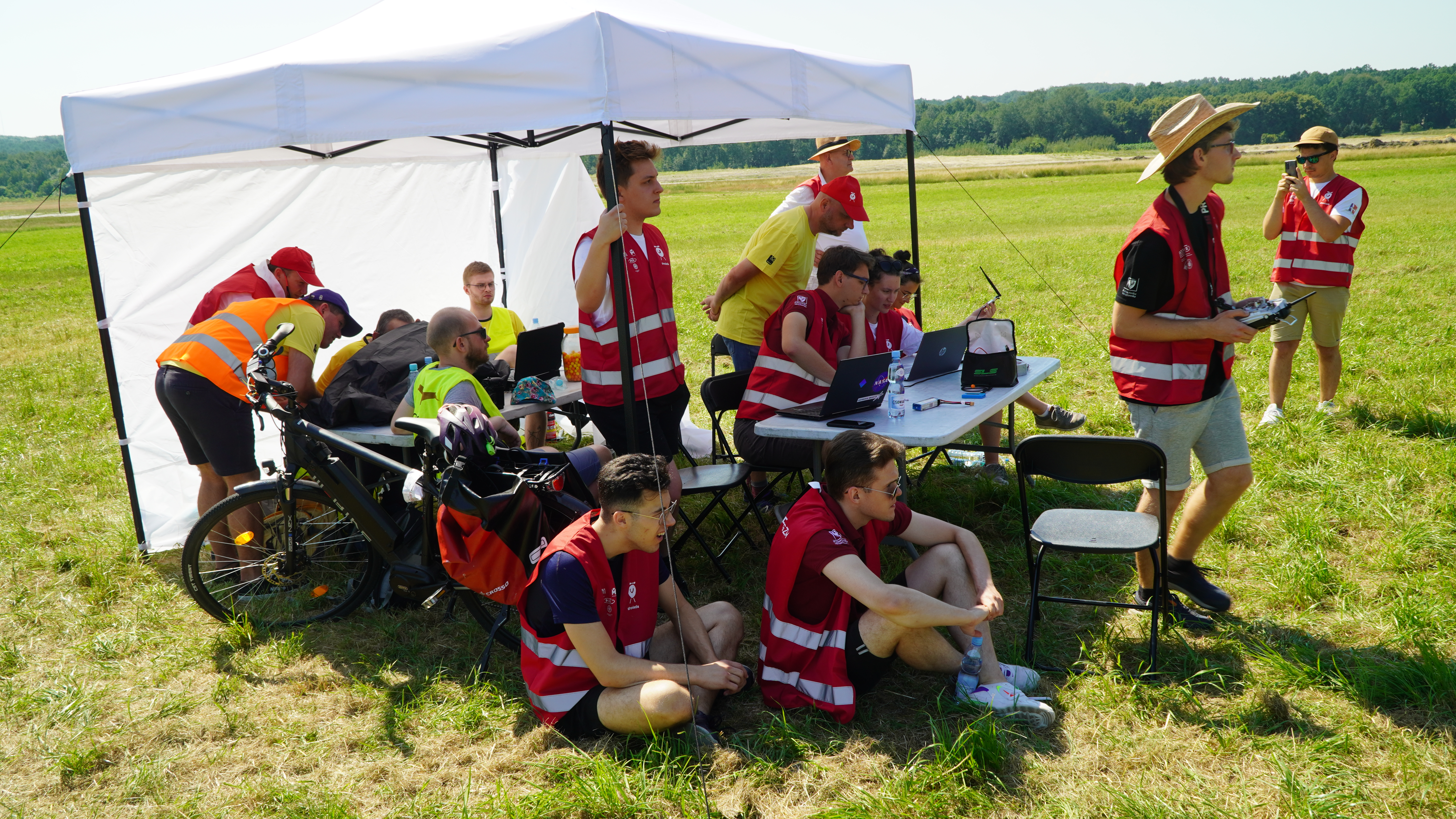 The last competition, Construction, provided for the creation of photogrammetric measurements, based on which the team was to determine if and how the simulated construction site differed from the construction project. In addition, automatic analysis of camera images was to show whether safety rules in the form of the presence of safety helmets were observed at the "construction site."


AeroMind at the droniad was represented by Wojtek Gruzlinski, who acted as flight director, taking care of the safety of operations performed at the airport and the lack of collision with manned air traffic. In addition, Wojtek was also a member of the judging committee and had a small contribution to the development of the rules of the Intruder competition.


We are very impressed not only with the efficiency of the organization, but also with how pertinent and current the topics covered in the Droniad competitions are. From the perspective of a commercial company, we know well what technologies are among the most forward-looking and developing, and the Droniad fits in perfectly. 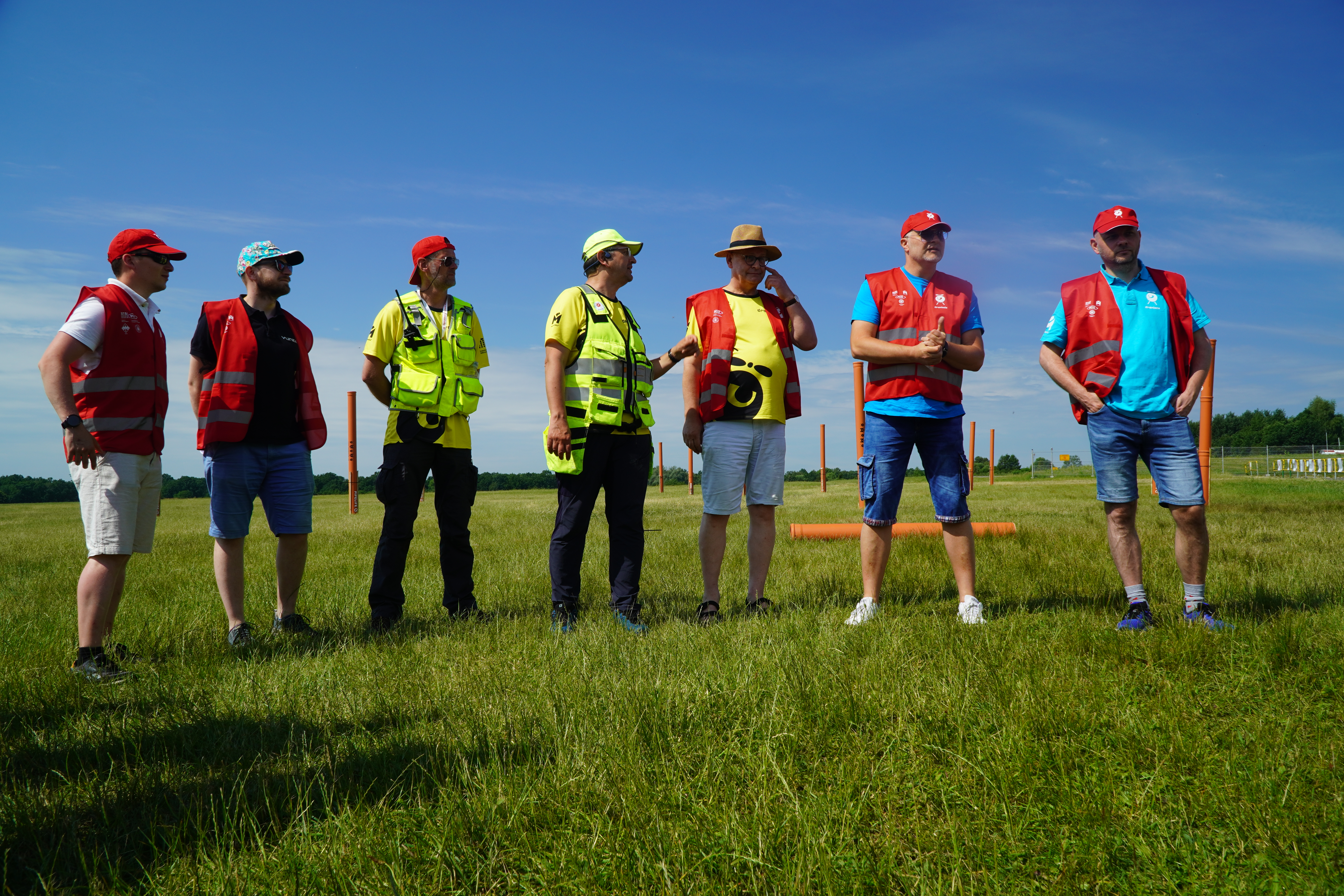